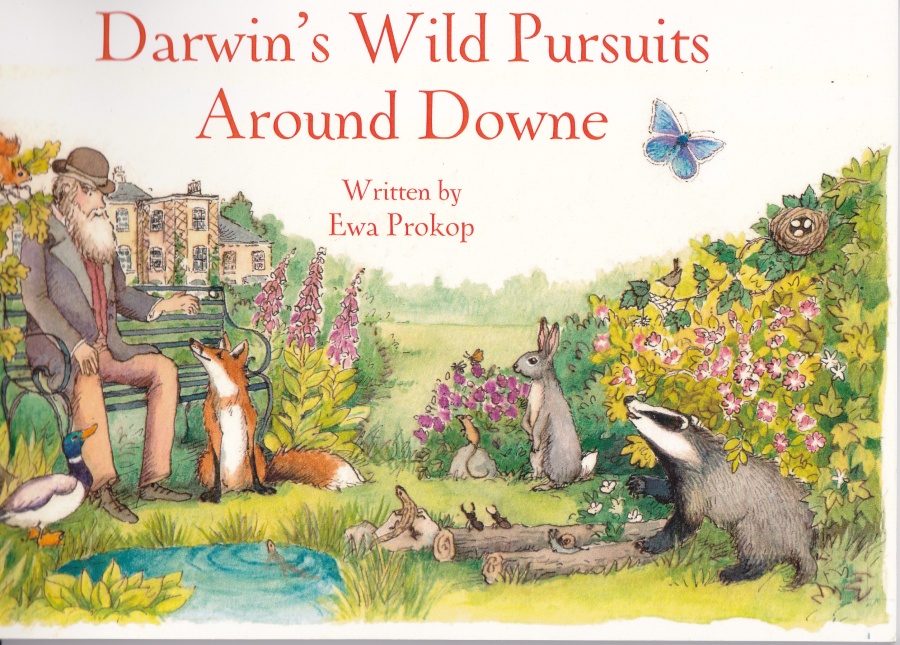 On the anniversary of when Charles Darwin first moved into his home at Down House, Kent – 17th September 1842 – author Ewa Prokop launches ‘Darwin’s Wild Pursuits Around Downe’, a story book for children.

Ewa said ‘People often focus on the exotic species Darwin discovered when on his Beagle voyage, but I have always wanted to highlight the amazing range of wildlife that could, and can still, be found in south-east England in an area Darwin knew well and studied intensively. The stories are based on many true facts gleaned from writings of Charles Darwin and his family as well as my personal knowledge of places Darwin investigated, which I helped to manage in my role as Countryside Projects Officer.‘

The book comprises fourteen short stories. Each story gives the reader a chance to eavesdrop on discussions between a wild, native animal and Charles Darwin, where he explains some of the scientific investigations he is doing. A Roman snail, Large Skipper butterfly and Wren are just some of the characters encountered.   On the website www.madaboutcharlesdarwin.co.uk can be found ‘The Truth Behind the Fiction’ which reveals the facts on which the stories are based. Each story includes illustrations by the artist Diana Catchpole; the full suite of illustrations can once again be found on the website.

Aimed at children of 9-11 years of age, the stories can be read at home for pleasure or used in the school environment to support children in their learning of ‘Evolution & Inheritance’, a new National Curriculum topic. Lesson ideas associated with the book are available at www.madaboutcharlesdarwin.co.uk.

View all posts by downenews admin